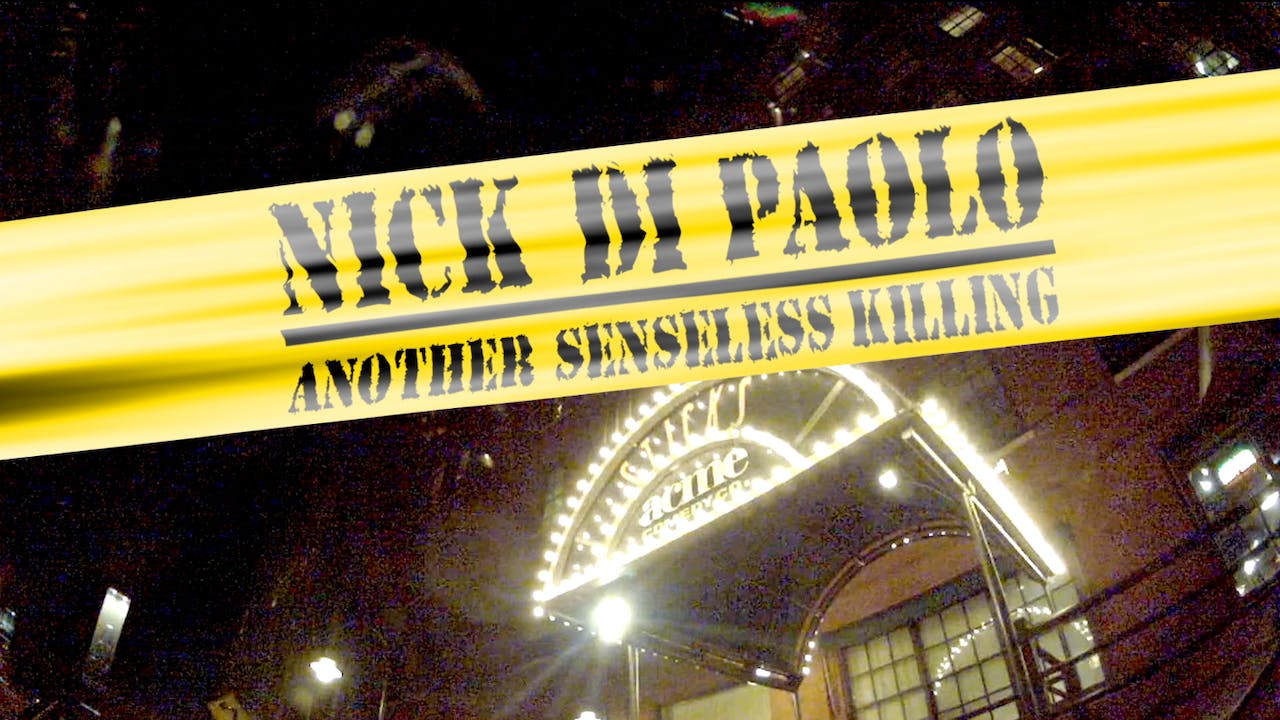 If you've never seen Nick Di Paolo live, this intimate setting captures the essence of what makes him stand out from other comics. "Another Senseless Killing" is 56 minutes of funny, ferocious, but always clever material. In Di Paolo's fifth special he skillfully mines the humor in such light hearted topics as Suicide and Roadside Memorials while also educating you on the finer points of A**hole Bleaching and the Evolution of Pornography.