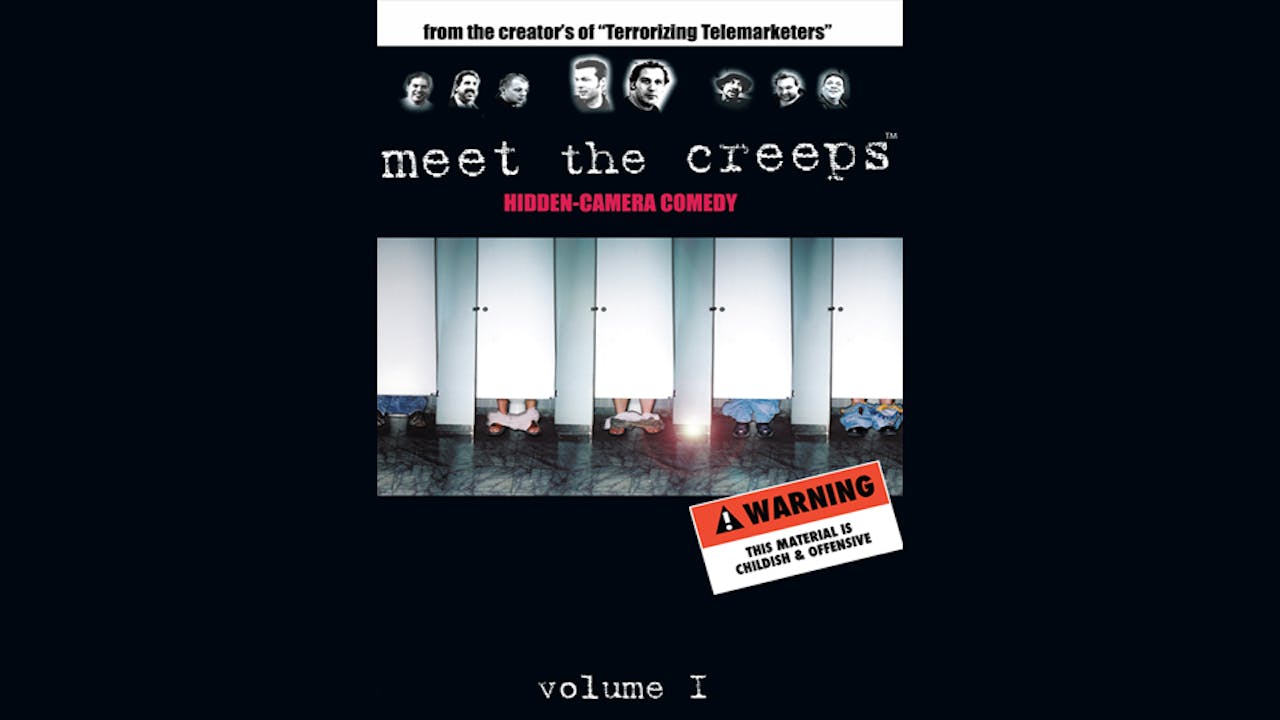 Meet the Creeps Volume I

Get prepared to witness a hilarious hidden-camera comedy DVD that mercilessly puts unsuspecting people in the cross hairs of outrageous comics Jim Florentine (Comedy Central’s "Crank Yankers", "That Metal Show"), Don Jamieson ("That Metal Show"), Artie Lange ("The Artie Lange Show"), Jim Norton (Sirius/XM's "Opie & Anthony"), KC Armstrong ("The Howard Stern Show") and their band of hilarious predators. The "Creeps" are out to make people as uncomfortable as possible while capturing it all on camera. The viewers are in on the joke. Those who they are creeping out, are NOT. "Meet The Creeps" will keep you from looking at your world the same way again. Ever wonder what an "upper decker" is? You will never look at a men's room the same way again and you'll have a hard-time not thinking of the "Creeps" the next time you bring your girlfriend flowers. Plus, an animated Jim and Don torture a telemarketer and go fishing for fatties! Also Starring: Club Soda Kenny, Gary Gentile and Chuck Mignanelli, model Anna Lexington, plus more of the nation’s hottest comedians!