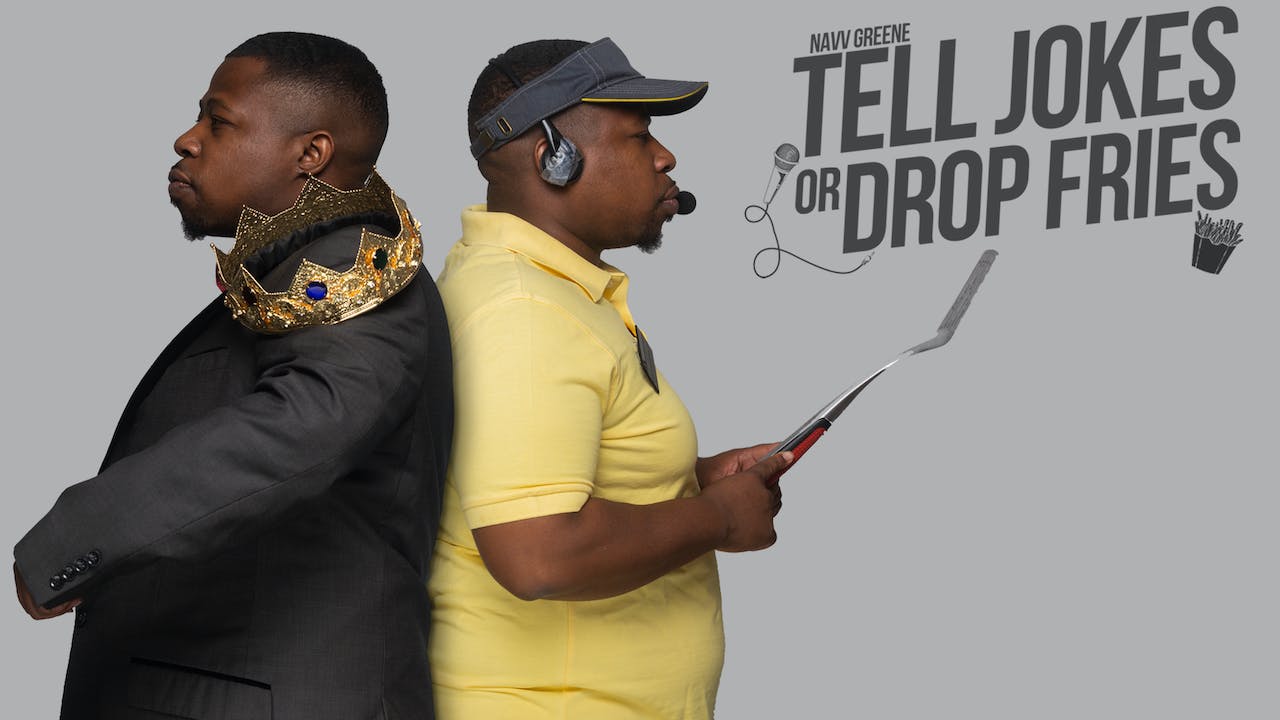 Navv Greene is about to blow up! Whether you love "The Shift Leader", or his appearances on the 85 South Show or you just love to laugh, Navv is your guy. His debut comedy special was shot pre-pandemic in Atlanta on MLK weekend. "Tell Jokes or Drop Fries" includes fresh funny takes on freakin' the hookahs, his baby mama, and tax returns just to name a few. Greene is not only cracking jokes he's acting too. He has several movies under his belt including a break-out performance in the upcoming feature film Coming to America 2. Don't miss the comedy special or anything Navv Greene!